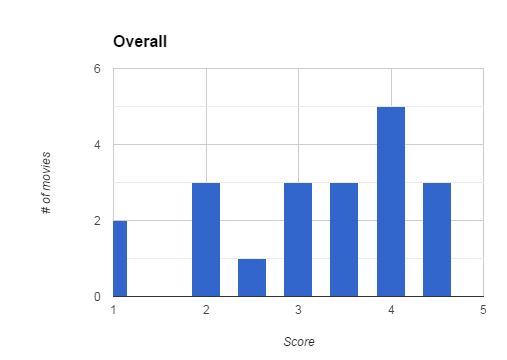 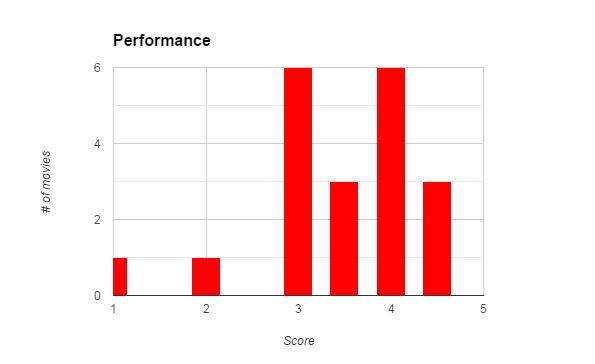 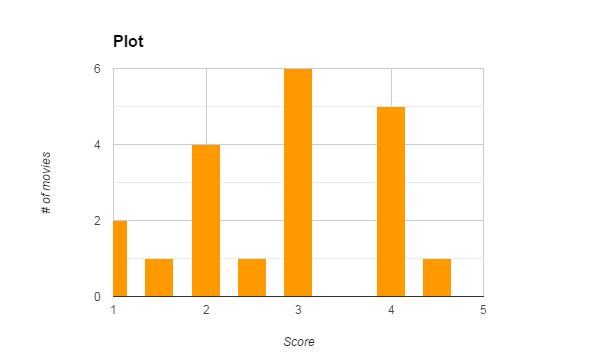 I continued to be far more critical of plots than other aspects of movies, though the average did increase from 2.6 to 2.8. The percentage of movies I reviewed earning higher than 3 actually decreased from 35 to 30, though. 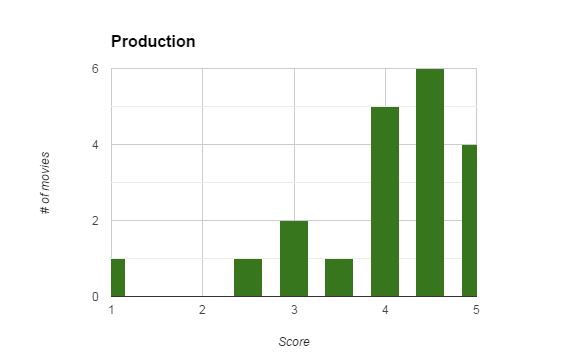 2015 was a heck of a year for production values, though. My average increased from 3.2 to 4, with four movies earning a 5 from me. 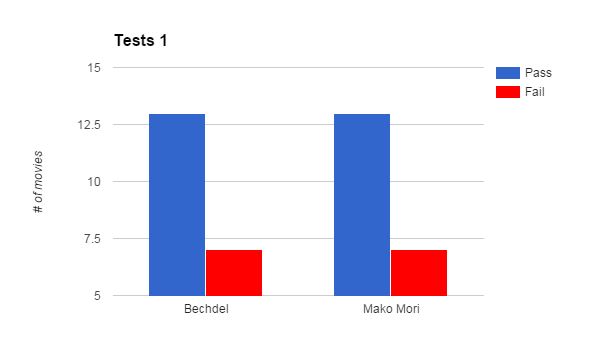 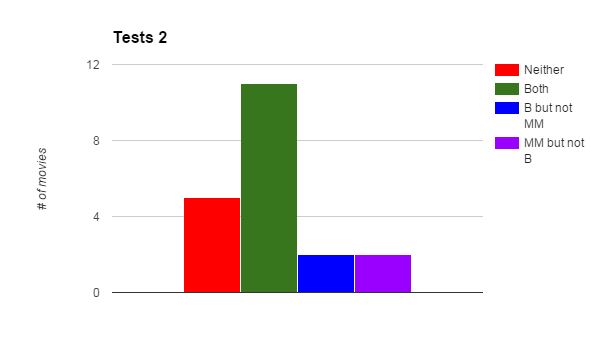 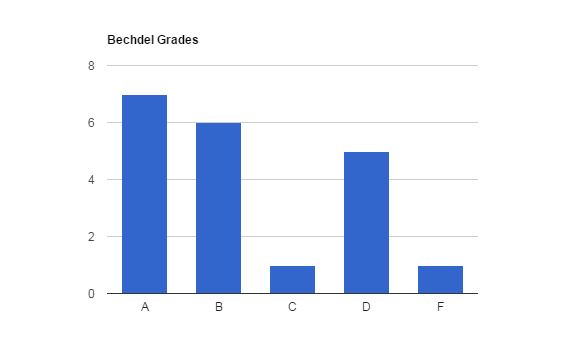 I attempted to break down the Bechdel test by how much a movie passed or failed, but I'm not sure the results are worthwhile. It's just not a very good test, which its creator acknowledges - The Hateful Eight passes it, and no one would say that that movie has a positive treatment of women or anything approaching parity of roles for women. It does show that about half the movies which passed the Bechdel test did so more or less on a technicality, with only a brief conversation to qualify.

I'm thinking that next year I'll try to add a measure - something like percentage of female principle actors, or maybe something related to billing order. Articles related to The Force Awakens noted that movies have a shockingly low percentage or female parts, both in the foreground and background - TFA doesn't have that problem, at least in part because someone bothered to point it out to the people who made it.

I also attempted to divide my scores into Fun and Serious sections so that I wouldn't have to compare them... and then only saw one movie that fit into the Serious section. I probably won't be doing that again.

I currently have 19 movies on the to-see list for 2016, which will appear on the right-hand menu sometime soon. I'm optimistic that it will be a good year.

Kean
I watch movies to have fun. I usually succeed. I hope to help those who aren't sure if they will enjoy a movie.